The Methods of How to Remove Hard Water Build Up ！ 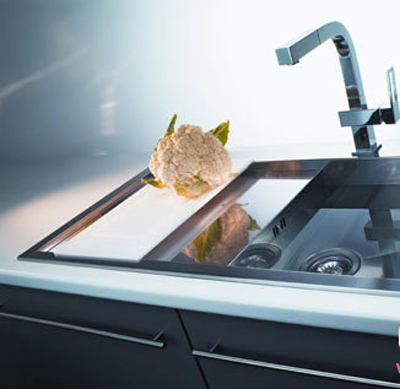 Water with a high mineral content, or hard water, can often result in a filmy build up of minerals on some surfaces. You could use the commercial cleaners or acidic substances to remove hard water build up.These substances can be sprayed directly onto sink, tub, and faucet surfaces and allowed to sit, before being wiped or rinsed off. Also. The shower head could be soaked in these cleaners to remove build up, They can be run through some appliances to removed build up.

Calcium and magnesium are two common minerals found in hard water. Hard water is a water with a large amount of dissolved minerals in it. When water contacts with the faucet surface repeatedly, these minerals will be left behind, which will creates the hard-to-remove white hard water build up.

Nowadays, many commercial cleaners could be used for removing hard water build up, but the price will be a little higher, however, these usually contain several harsh chemicals that can produce dangerous fumes and irritate the skin. Natural hard water stain removers can also be used, and these are usually just as effective. White vinegar, for instance, is often used to effectively remove hard water build up without any adverse reactions. Lemon juice can also be used.

The hard water build up will be accumulated in many surfaces, such as sinks, tub, shower walls, and water fixtures. Vinegar can be sprayed directly onto these surfaces and allowed to sit for several minutes, usually about 10-30 minutes, it can be wiped off. Stubborn hard water build up may require some light scrubbing.

Vinegar or lemon juice will be better choices to help prevent hard water build up in showers or tubs. These can be sprayed onto all surfaces several minutes before taking a shower or bath. When the shower or bath water is run, the water will rinse away the solutions and help prevent the minerals from building up.

Many people with hard water also have problems with the mineral build up clogging their faucets and shower heads. Both of these fixtures can be soaked for several hours in vinegar to help remove the build up. Faucet heads can usually be unscrewed and dropped into a small container of vinegar. To unclog a shower head, however, a plastic bag filled with vinegar can be secured around the shower head with a rubber band.

Normally, use water will be accumulated hard water build up, which can be unsightly and impede the proper performance of the appliance. To get rid of hard water build up in a coffee pot, a strong solution of vinegar and water can be run through the machine several times. Plain water should be run through the machine afterward to remove any remaining vinegar that may affect the taste of the coffee.

Washing machines and dishwashers are also usually affected by this build up. Adding a hard water remover to the machines and letting them run can help remove any hard water stains and build up. Hard water can also leave white spots and stains on glasses, and vinegar can be added during the rinse cycle of a dishwasher to prevent this.

What Are the Most Common Plumbing Problems ?
What Do Air Gap Do ?